Feb 25 - Arrival in the Netherlands 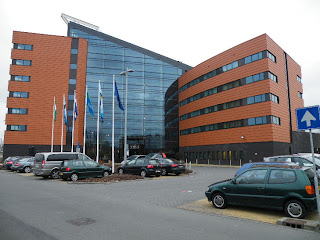 Arrived in the Netherlands after a guelling 3 flights/26 hours from Christchurch to Auckland to Hong Kong to Amsterdam. Took a train to Rotterdam and arrvived at our hotel around 10am absolutely exhausted. We then left on a bus tour at 11.30am for a Welcome to Holland Landscape tour!

The Netherlands looks like an interesting place with a population of 17 million. 60% of the country is below sea level and has been reclaimed from the sea by building dykes/levy banks and converting to farming country. 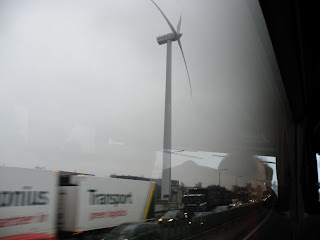 They are just coming out of winter here so it is quite cold at 3 degrees. Ornamental trees lining the roads are still dormant but paddocks are beginning to green after the ice/snow has melted.

Wind turbines - thousands of them - are everywhere for renewable energy. They are huge and there are no concerns about building in close proximity to farm houses and cities. This particular wind turbine was on the edge of a major freeway. 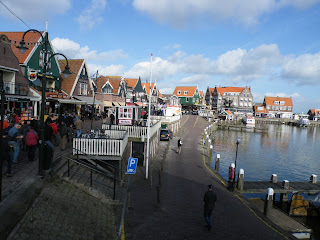 We had a look at Volendam - a pretty little seaside tourist resort and tried the local delicacy of raw herring which was surprisingly good! 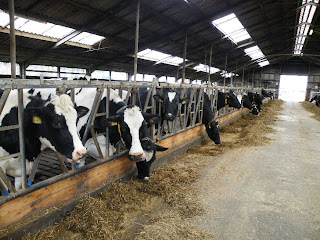 We visited a dairy which relies on shedding their cows to keep them warm. 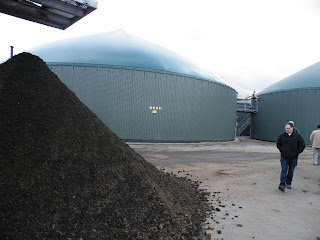 This dairy is using cow manure and other landfill waste - fermenting it in large tanks to produce gas for renewable energy consumption as well as producing fertilizer. They also have their own wind turbine!

Returned to the hotel late and caught up on some sleep!