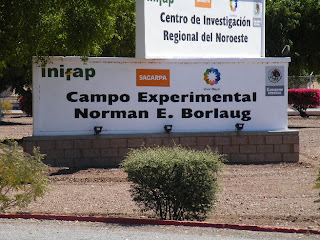 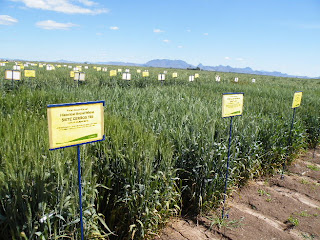 Obregon is a city of about 500,000 population. A mostly summer rainfall of 300 mm. This time of year the weather is mild with a maximum of 26 and minumum of 12. It does get hot in summer with mid 40’s.
Obregon is the home of the Green Revolution. Dr Norman Borlaug is internationally accredited with changing the face of agriculture. His work from 1943 to 2009 on selective wheat breeding programs lead to huge increases in productivity. In 1951 the average wheat yield for irrigated wheat was 1.2 ton/ha. In 2010 it was 6.5 ton/ha. 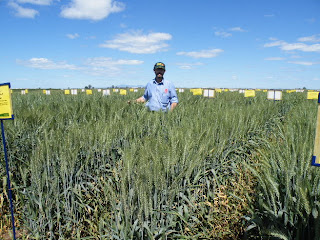 Our day was spent at the CIMMYT research facility looking at the continuation of Dr Borlaug’s wheat breeding program. This program has led to new varieties which have been distributed all over the world including Australia. The (GRDC) Grain Research Development Corp work closely with this program and assist with sponsorship. This co-operation helps keep Australian growers world competitive. 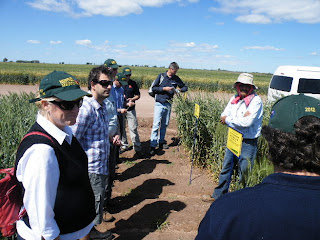 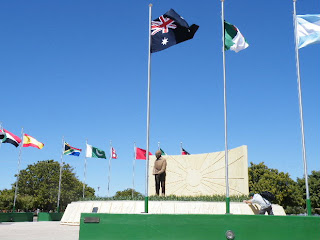 There were approx 40,000 wheat trials happening. Some of the objectives include: breeding for higher yields, drought tolerance, disease resistance, management improvements such as best crop rotations, residue options and nutrient application and take up.
This facility has played and will continue to play a substantial role in feeding the world. 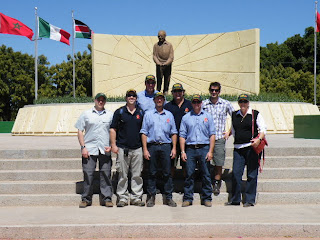