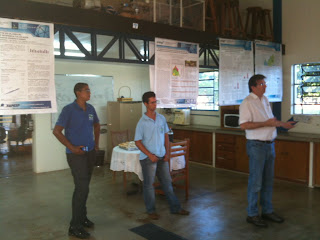 We visited the University campus UNESP - Sao Paulo state. Here we learned about irrigation in Brazil. Wild rivers supply unimaginable quantities of flood water. Already there is 4.5 million ha of irrigation happening and future expansion capacity to take this irrigation area up to 30 million hectares. To put this in perspective, Brazil could increase its irrigation area by 130,000 ha per annum for the next 200 years before it would reach its capacity of 30 million hectares. This is just working on surface water alone without taking into consideration the underground water source.
Last year alone Brazil introduced new irrigation to 160,000 ha. My home district of the Riverland has around 30,000ha and shrinking. Brazil has the full gamut of farming scale from small family operations to medium sized, to very large scale farming enterprises. So what is driving irrigation expansion? Most of the farming country is far from full production - generally unimproved pastures running beef or dairy. In recent years a combination of large foreign investment and local farmers have been encouraged to add irrigation to increase productivity. There seems to be large expansion in the areas of dairy and sugar cane production. 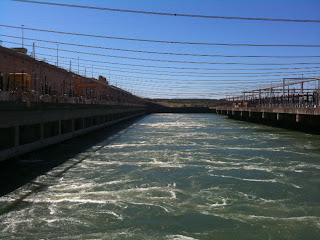 We went to visit the Ilha Solteira Hydro-electric Plant on the Parana River. This plant is huge with 20 large turbines geerating 3500MW from an 1100 square km dam. This is enough energy to power a city of 10 million. We were allowed a special inspection of the internal infrastructure within the concrete structure. This is where a large maintenance team keeps the electro and turbine system operating. This is Brazil's third largest hydro-electric plant. 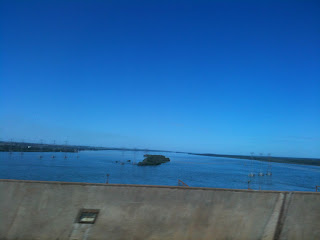 This is a view of transformers leading from the Baran River - about 3km wide. 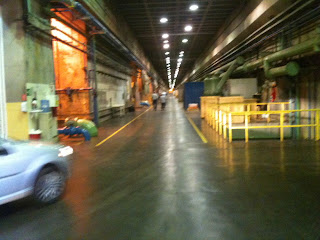 800 metres of internal structure within the hydro-electric plant. 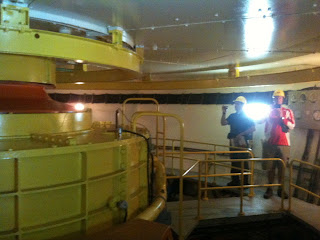 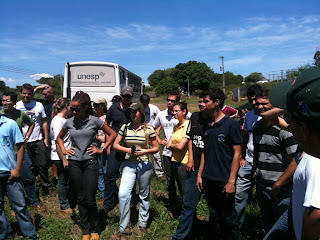 Meeting with some of the local uni agricultural students who were interested in hearing about our Aussie farming practices. 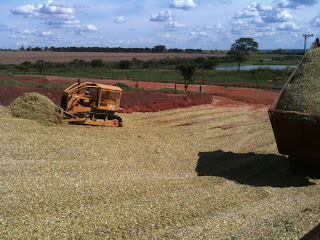 In the afternoon we visited a large farming enterprise which lot feeds 32,000 head of beef cattle. They grow all their own feed including corn, soyabean and silage. At the time of visiting, the farm had an empty feedlot (seasonal management strategy) but was busy harvesting silage and soyabean for commencement of the new cattle intake season.
We travelled back to Sao Jose do Rio. In the evening we met with local farmers and had a valuable exchange of information and ideas. In general, farmers are progressive and looking to adopt innovation to increase productivity. There is strong government support to assist in management systems - such as a mobile pregnancy testing and AI unit for dairy and beef herds which is offered free to small farmers.

All of us scholars were blown away with the reception we received, with more than 100 farmers ready to hear our story and quiz us on our management practices, yields, prices etc. Even a television crew filming our exchange for broadcasting on national Brazilian TV. Heaps of fun and good food!!
Posted by Dave Reilly at 02:57